The artist ,won-hae Hwang, has been working on paintings influenced by the urban landscape, especially various Korean structures that coexist with tradition and present.

Her artwork combines traditional Korean architectural elements such as palaces, temples, and Hanoks with modern elements found in Skyscrapers.

The disparate elements coexit dynamically creating unusual landscapes while bumping into each other. The artist creates a surreal landscape by crossing the gap between tradition and modernity, past and present, and remixing the remains behind urban development.
The artist who moved about 10times before age 20, lived in various places such as semi-underground villas, apartments, private houses, villas based on her personal experience paying attention to the power of space which greatly influences one’s memory and experiences.

The title of this exhibition is

It comes from the term ‘Phantasma’, which means illusion . The original meaning is Phantasma, which means the image of switchboard and the illiteracy invented in France in the late 18th century. It consists of a black cloth and a tripod in a wooden barrel, and a light on the side moves a stained glass in front of it, causing various illusion in front of the lens.

On the other hand, it means unrealistic not related to the reality; she metaphorically used

In fact, every space like humans, is old and broken down as time pass by. No one is free from aging. What is important is the purpose of rebuilding and redeveloping within a city.

The importance of preserving memories or traditions under the co-operation of capital and power may be depreciated beyond the ‘Phantasmagoria’ presented to someone as a rosy future. In this exhibition, she is focused on visualizing the pattern of multiple layers of time forming a more prolific layer, away from the dichotomy of tradition and modern, past and present. Unlike her previous artwork, where most of the finished floor work was presented in the form, each layer was installed each or by using pet film or embodied the grid of space and the Danchung pattern.

In addition, work using shaped canvas directly overlap meaning of art and space with the walls of exhibition space. The ‘Boan Inn’, where the show will take place, is one of the oldest houses in the country, Although is has been repaired several times over the past 70 years and now has a western – style appearance, it still maintains Japanese -style windows and ceilings inside.

The enemy’s building directly reminds us of Japanese’ occupation. Therefore, it is negative legacy as it has been hated by the people for a long time.  In this context, “Boan Inn’ is the most suitable space to show her work. To the extent that it is a place-specifc painting with different cultural heritage works closely together. 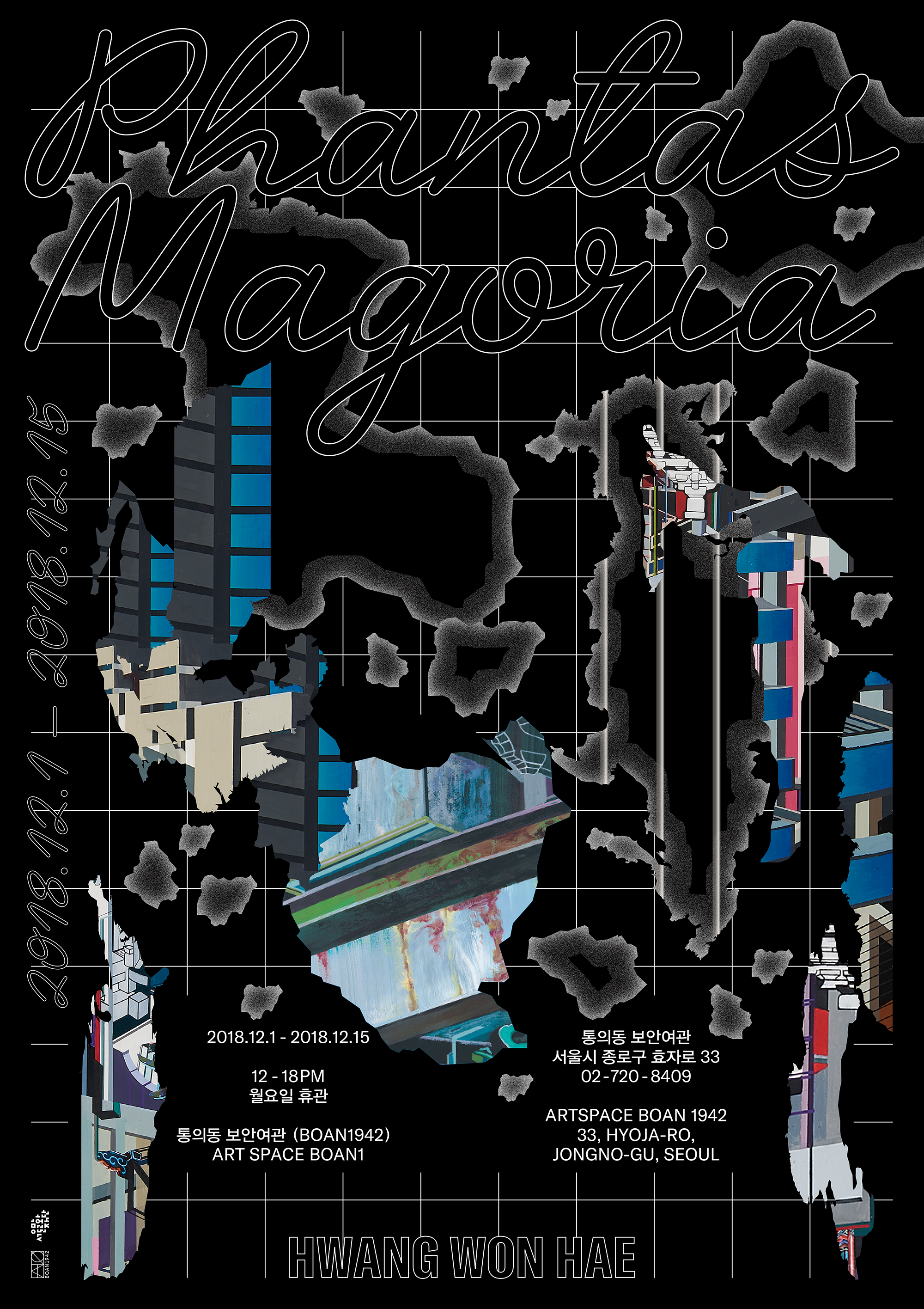