Again, the end was foreseen. The ‘End of History,’1)which refused to evolve, was re-declared in 1990. The two artists, who spent their adolescence during this period, said they experienced strange vanity and frustration, witnessing the fierce success “myths” in the Korean society and the creation and destruction of numerous syndromes. The sensation that remained in them became a rudder to find a new route called NO MAN’S LAND2), rather than recreating the nostalgia of the 90s. This exhibition has us to imagine an arcane and bizarre world in a dimension completely different from today’s reality. Nevertheless, our consciousness constantly intervenes the fragmentary landscapes of this imagined world and the reality of today.

Jongwan Jang has captured the transcendental landscape created by the utopian imagination of our society mainly through painting, and Junho Jang has presented traditional myths and historical images invented by the Korean society in a sculptural way. In this exhibition, the two artists attempted the closest collaboration between the media of painting and sculpture. They reinterpreted the forms and stories found in each other’s works into two or three-dimensional works with their respective focused media. They applied Jongwan Jang’s continuous and interchangeable way of overlaying images to Junho Jang’s sculptural objects. Thus, each piece becomes a complete work of art as well as a monumental object or historical scene that implies the language, philosophy, literature, and religion of NO MAN’S LAND. Through the virtual space occupied by these objects and images, the exhibition allows us to view today’s reality in a new dimension.

The “remaining myth”, the starting point of the exhibition, has now become one of the words that can be placed after any subject. As Roland Barthes mentioned in Mythologies (1957), contemporary myths are comprehended as a concept that goes beyond the “traditional story” or “the story of the deeds of the gods” and encompasses all the values that modern people accept unconsciously and naturally. As such, human history has tried to dismantle national and social myths that have long been commonly recognized throughout modernization. But is this effort also creating a new myth of demystification?

The ‘thinking nature’ and ‘moving things’ in their works seem to be trying to build their own myths. The figures/bodies in the works, with a sense of friendship, love, sacrifice, and worship, appear more like supernatural spirits rather than human beings. However, they simultaneously reveal an ignorant beauty, such as the utopian worldview that has been claimed to unfold in the future. If the work is a compilation or combination of symbols and representations sensed by the artists, the short articles alongside the exhibition further stimulate the fairytale imagination and suggest another path towards the essential question. Now they seem to ask back what “myth” we are standing on and what “myth” we want to discard. Also, this may be a question toward ourselves, who are invited as the last human being in NO MAN’S LAND. 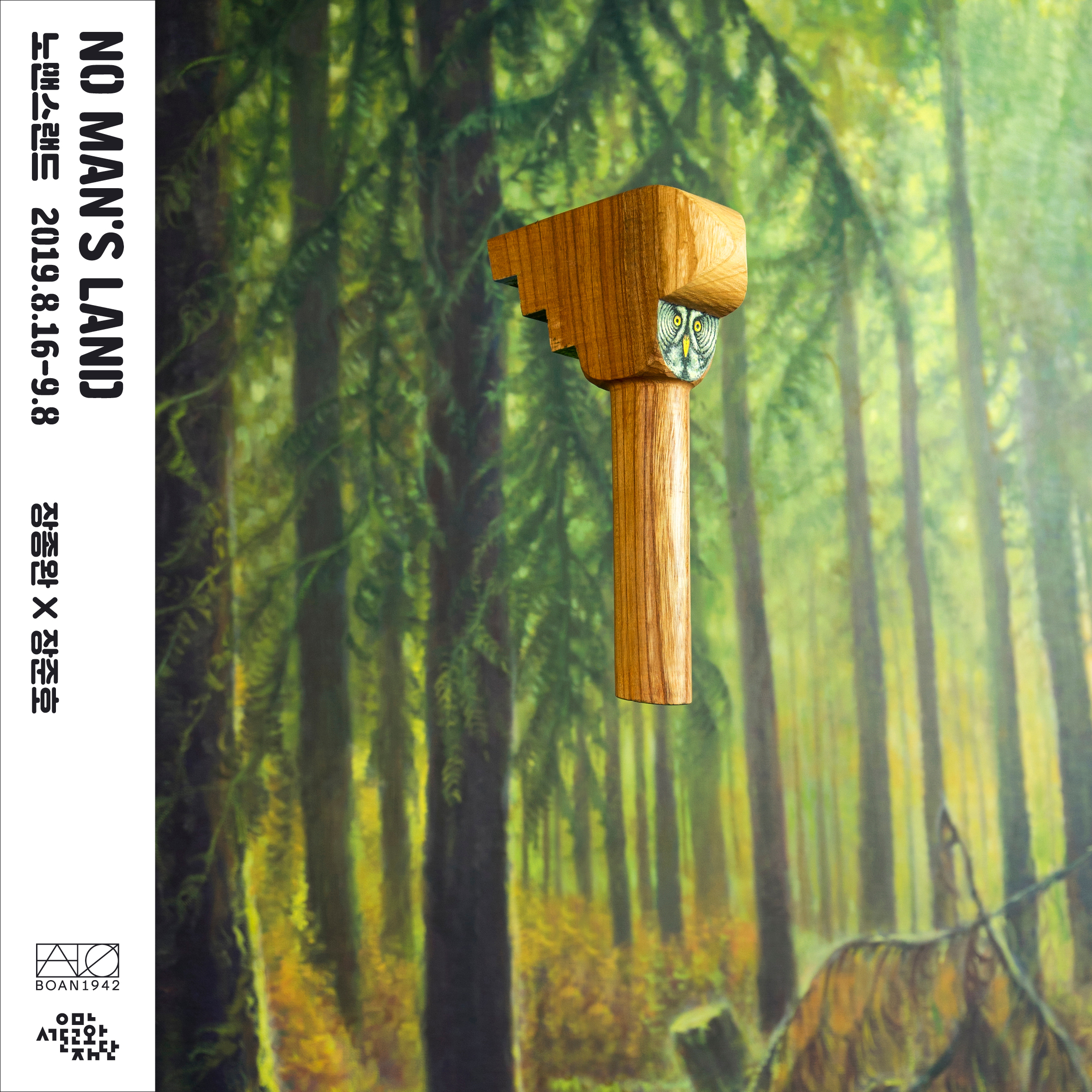 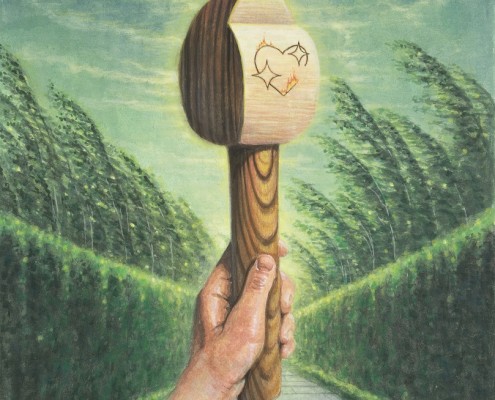 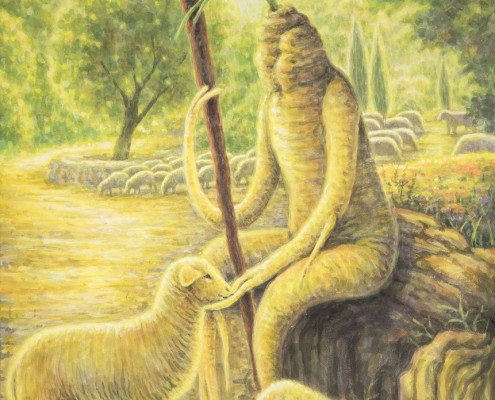 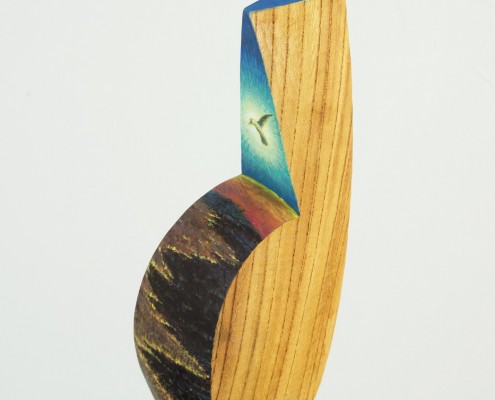 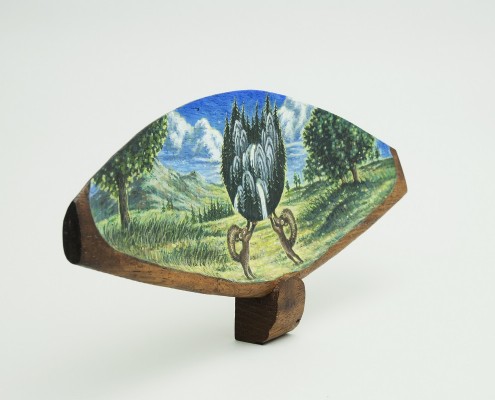 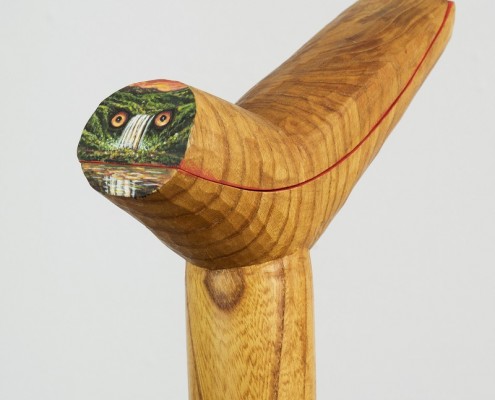 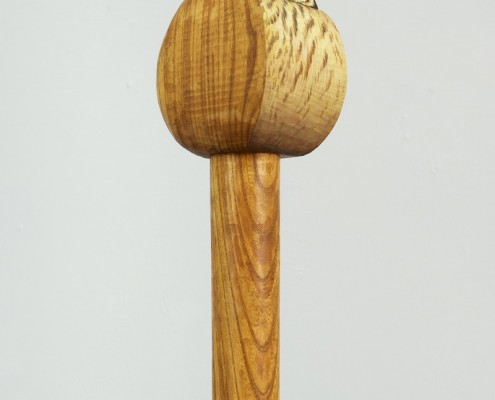 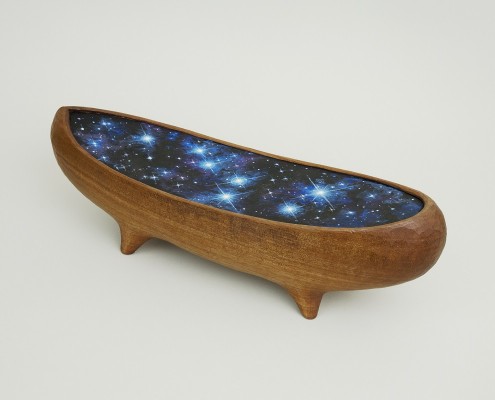 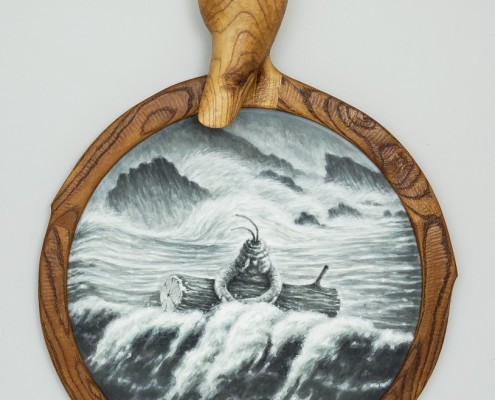 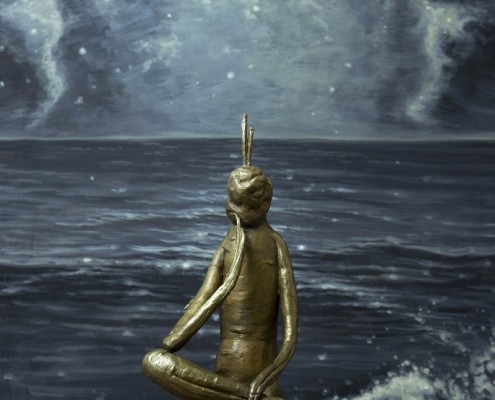