The work has started from one letter from the past found by chance and the images in the photo taken at that period. To be more accurate, the beginning of a work is often hard to be said ‘from this thing, from this moment’. Unlike other works that can be started immediately after we pressed down the seal on the contract, a work of an artist is endlessly linked to innumerable previous things to advance forward, like the long chain made with color paper loops. Even though a work has started from a precise opportunity or a great inspiration, maybe the artist was in a state where they can sense and embrace the opportunity. In this process, they decide sometimes to change the thickness or color of that chain, or even connect other chain with different pattern. The new chain is to be connected to the previous chains in any way. The old letter and photo that the artist found by chance – it might be just an event happening in her daily life, but it became an experience that inspired her to make some change to the existing chain on which she had been concentrating and provided her with a story that she may try to add on her chain someday in the future.

‘That time’ was around 2013-2015. She made up a big decision and summed up all the money she had here and there, to go on a trip to Northern Europe. Copenhagen, the first destination. She took pictures of streets and buildings, typographies, street flyers, things and landscapes that fascinated her mind. The purpose of the recording of that time was the recording itself. Some years later, that simple purpose to record the attractive subjects suddenly squeezed into her ordinary days and nestled to get connected smoothly to the chain on which she had been working.

In the box of the past, some letters were also found. The letters from a loved one were a big consolation during the lonely days when she studied abroad. Reading those letters, they could make sure that each other is well and ease the piercing anxiety about the future. They could feel their mutual bond and support. Those proofs of the life of that time, found again after a while, let her meet the person who she was at that time and also face the person who she is now. The trivial things contained in the letters and photos helped her to continue the life of that time, and she could not realize the beauty of the trivial things then, which are fondly missed now. What she misses is the memory recalled by the recorded past as well as herself in that memory. The record witnesses a figure of a person who was free and romantic. It can be noticed now, because she has changed; she used to head for what is warm, positive, and romantic. Now she figures out that all the past can never be repeated in an exactly same way. Longing. The artist who preserved the time, which is now the object of longing, incorporated this longing in her work, along with the same longing that she felt through a letter that she received recently.

Letter and photo are two-dimensional records. Hye Kyoung Kwon translates these in her own way and presents as another kind of two-dimensional image. The rule, seemingly existent, is not existent, and she puts together the pictorial sense and acts between the subject to represent and the will not to. She senses the letter and photo, which aroused such a big longing, only as an image, and focuses more on releasing the energy in the painting process, than on the emotion and affection toward the subject.

In fact, the word ‘Love Letter’ written on top of the letter in a clumsy handwriting is perceived as an image, not as a meaning; a word is expressed by ‘drawing’ and the subjects in the photo (building, landscape, vase, chair, etc.) are positioned as color code or place of stroke. In the process of the conversion of figurative image into abstract image, the usage of familiar brushes is expanded in a wider range, including various tools and materials such as sprays of different strength, airbrush, squeegee, roller, taping and stencil. Everything that can be used as a tool of expression is adopted and experimented. By pouring the entire can of paint or shooting the spray gun, the artist gushed out all the energy of the moment without touching the surface with her hands. Pushing on with a roller, dashing with a brush, scrubbing, trimming, and lashing, the artist records her every movement toward the surface as it is. Such working process is a record of her moments. The problem is that it is hard or almost impossible to modify, but sometimes just one shot achieves the goal if an appropriate state arrives.

In her last solo exhibition Translated Paintings (2020, Space CAN), Hye Kyoung Kwon attempted a technical change with different approach from the past, which is also related to this exhibition Love Letter. In the past, she used to keep her attitude to represent the container as a container, the subject as a subject. This is of course an intention of the artist, but also a method under restrictions, did she confess. Now she abandoned those standards and criteria and creates even paintings that she does not care whether viewers will recognize exactly what is the object painted on the canvas or not. Keeping distance from the representation of the subject, she got to focus on her act itself beyond the painting, changed her attitude of trying to make up an image, and so she came to find the absolute pleasure from painting itself. Although she used to lay the emphasis on the ‘canvas’ that is gradually changing during the process of completing a painting, now she puts the weight on the state of her ‘self’. Nowadays more important for her is ‘How is the state of myself?’. Furthermore, she used to stay in the workroom and devote her energies to carry out what others set as a task, while now she knows the right time when she can work on each painting, and apart from that right time, she can calmly put down the brush and get out of the workroom.

This method attempted in the exhibition Translated Paintings (2020, Space CAN) is a ‘translation by painting’, and the artist plays the role of a translator. A translator reproduces that moment, conveys by their act what the subjects (letter and photo) were delivering, and tries to communicate. The result of the work produced by the translation is quite different from the specific subject, in other words, the formal text and content of the letter, the formal image and story of the photo, but we cannot say it is completely different. It implies that it is impossible that a particular experience and memory of an individual are perfectly transferred or create a perfect empathy. Between the emotion of that time and that of now, there lie the change of life and detailed experience of the artist, and the translator’s interpretation can also alter the content. What was important at that time looks different now, while what was trivial and unimpressive becomes a precious object of longing. As much as the gap, the images of the letter and photo, which were the subject matter of the work, end up being horribly deformed and distorted in the translation.

In the environment that we did not face in person, the mistake occurs more often. The viewers do not have access to the original letter and photo that Hye Kyoung Kwon used as material of the work, and the artist also has come a long way from that time. As we see a work which is an abstract translation of a concrete subject, we can imagine the world the artist is facing, through this gap. The bigger this gap set by the artist becomes, the less kind the translation is. But through the less kind translation, we are allowed to imagine without restriction, which makes the translation ‘kind’ in a sense. As much as the gap, the blank, and the distance of the altered description between the original and the translated painting, there lie personal experience and memory beyond description. This is soon shifted to the viewer, and the gap is just the same as experiencing the difference and gap when any memory and record of an individual are brought back later.

Focusing on herself who is painting, not on the painting, Hye Kyoung Kwon regained the composure and the romantic in her fastidious life. Despite of hesitation and fear on that path, she nevertheless keeps trying and recovers the pleasure of the painting itself. Whether the artist paints with pleasure or not, it is not an important element for the viewer. But it was a necessary time for her.

Love Letter is a longing. She encountered by chance the person who she was in the past, who was heading for what is warm, positive, and romantic, and she longed for that. The moment when she realized that she longed for it, was the very beginning of this work. Beyond the longing for the self of that time, she reset her self into a state of being romantic by performing painting, and recovered herself as a figure that could be felt as romantic. That is the reason why this work is toward the desire to revive who she is now, rather than toward the longing for the past subject and the past time. This is also her will to mourn the bygones and pray for them, based on longing and affection for the past time, place, memory, and object, because it is the attitude of taking care of the person who she is now and also the hope and resolution for the days to live. 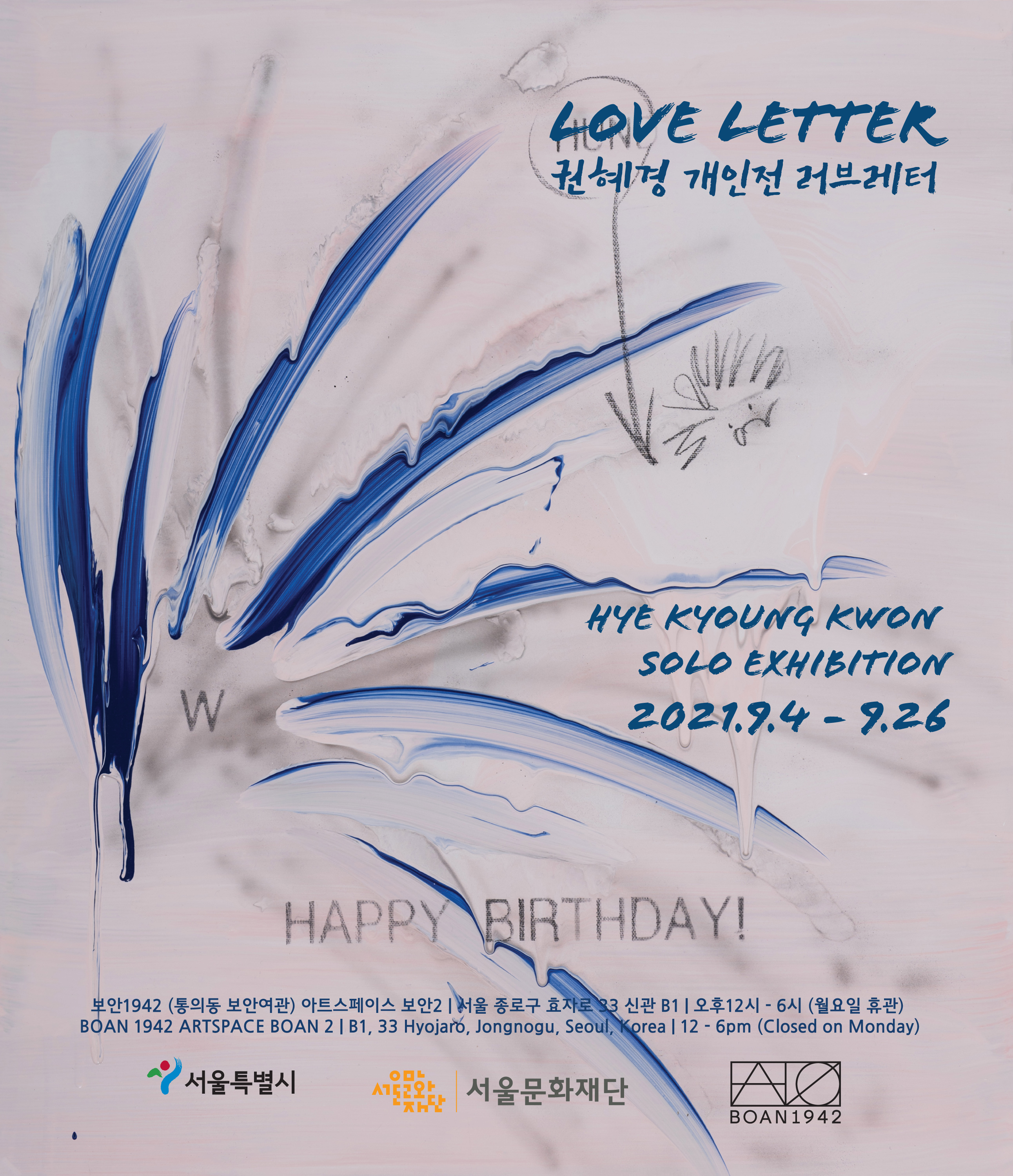 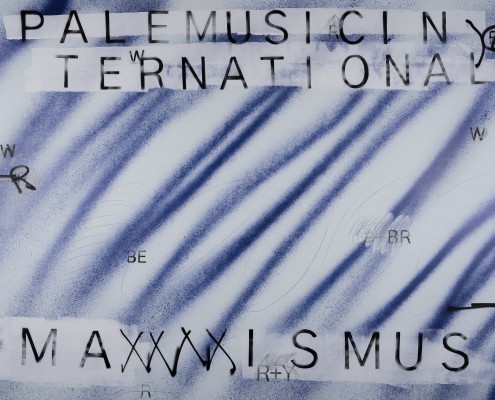 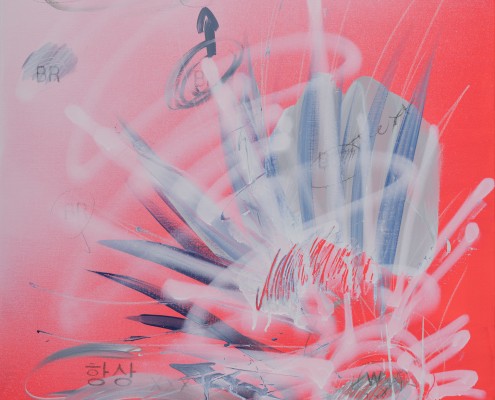 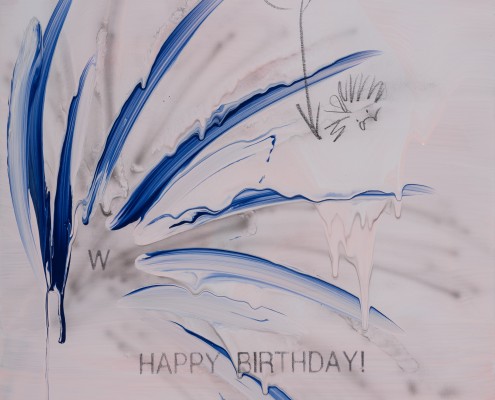 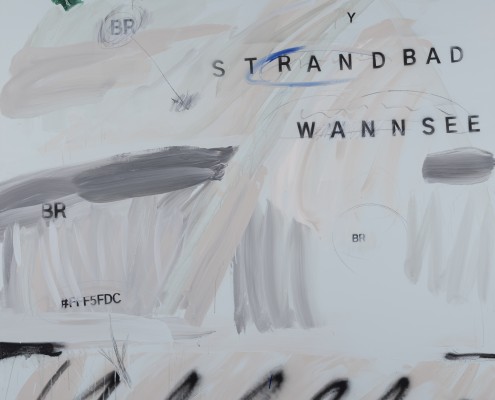 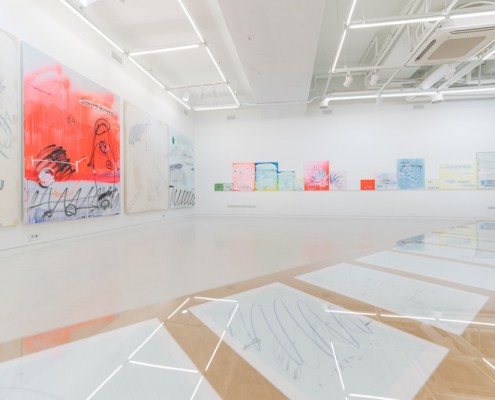 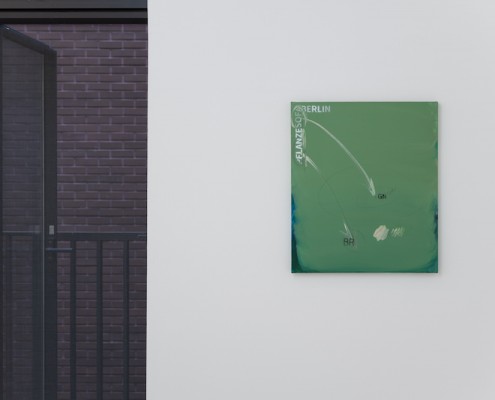 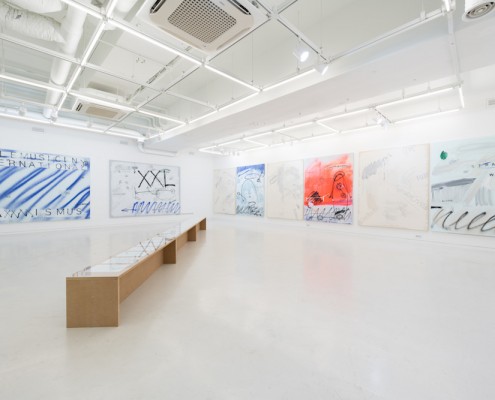 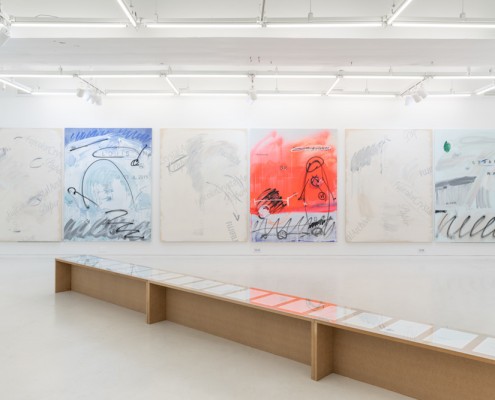 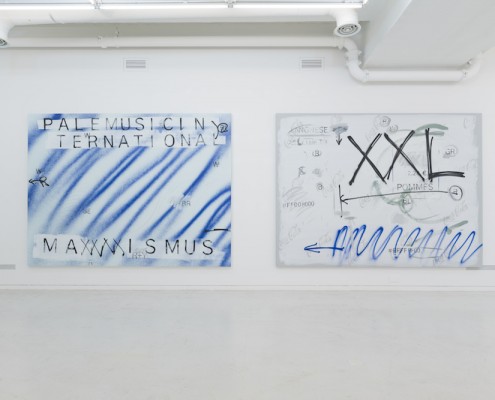 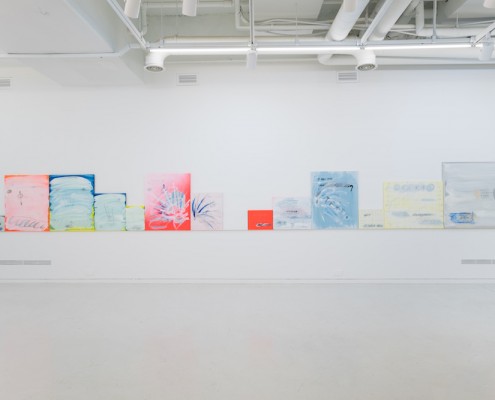